The Cinnamon Bittern or Chestnut Bittern (Ixobrychus cinnamomeus) is a small bittern. It is of Old World origins, breeding in tropical and subtropical Asia from Pakistan east to China and Indonesia. It is mainly resident, but some northern birds migrate short distances.
This is a small species at 38 cm (15 in) length, though is one of the larger Ixobrychus bitterns. Possessing a short neck and longish bill, the male is uniformly cinnamon above and buff below. The female is similar but her back and crown are brown, and the juvenile is like the female but heavily streaked brown below.
When surprised on its nest or concerned, it assumes the characteristic attitude of bitterns, aptly termed the On-Guard. The neck is stretched perpendicularly, bill pointing skyward, while the bird freezes, becoming astonishingly obliterated amongst its reedy environment.[2]
Their breeding habitat is reedbeds. They nest on platforms of reeds in shrubs. 4-6 eggs are laid. They can be difficult to see, given theirskulking lifestyle and reedbed habitat, but tend to emerge at dusk, when they can be seen creeping almost cat-like in search of frogs.
Cinnamon Bitterns feed on insects, fish and amphibians. Source: Wikipedia 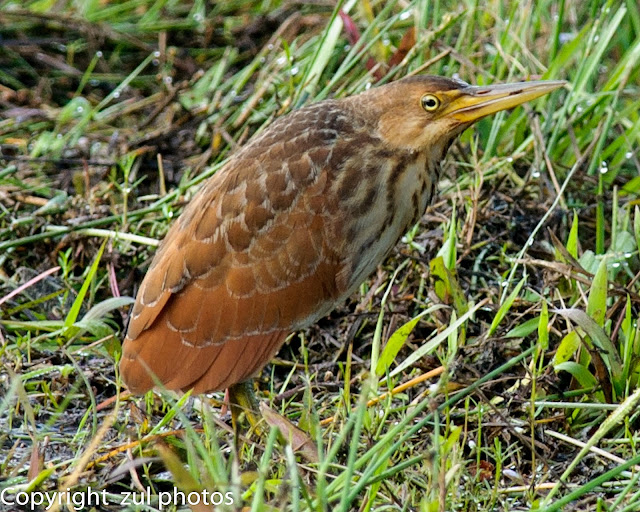 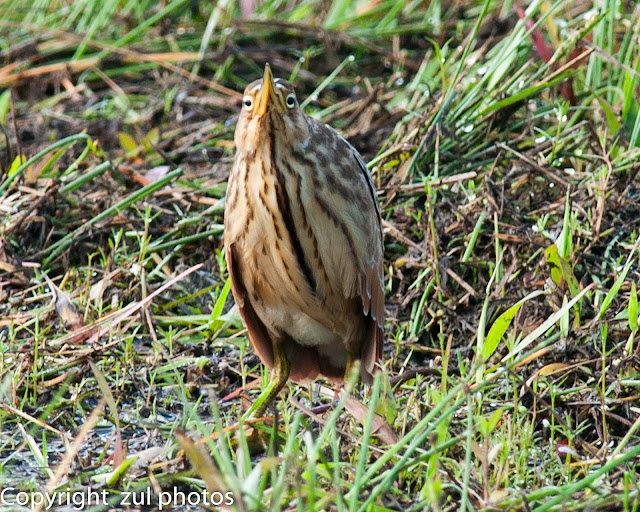 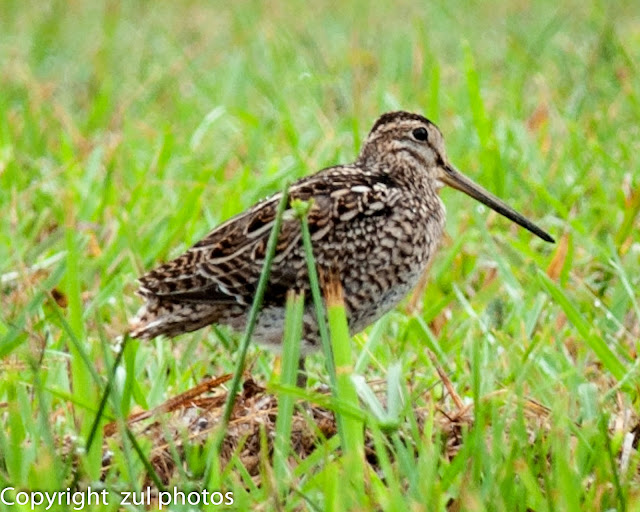 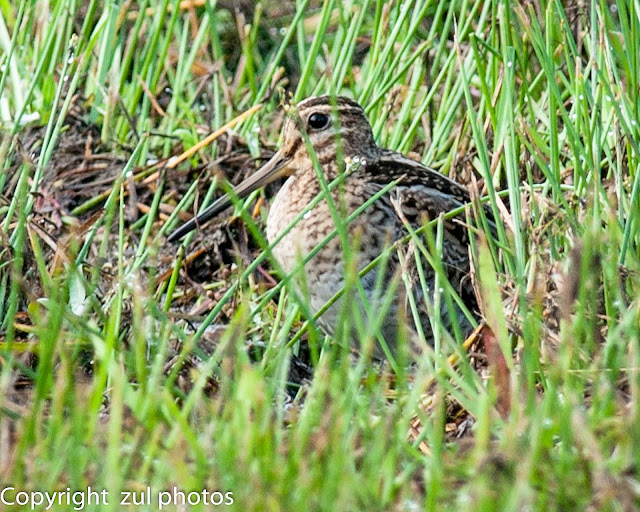 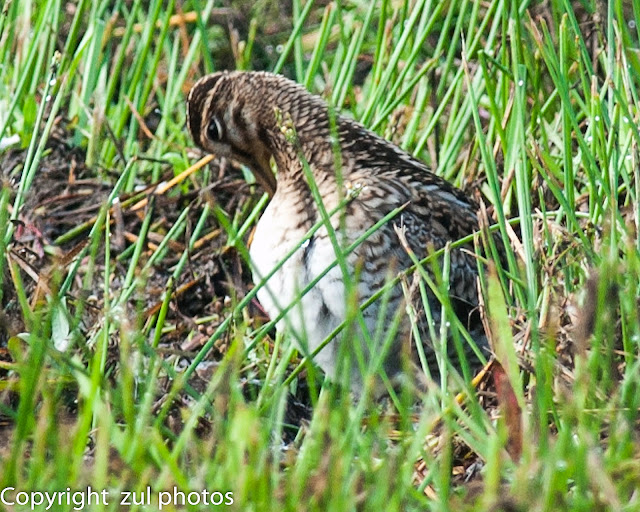 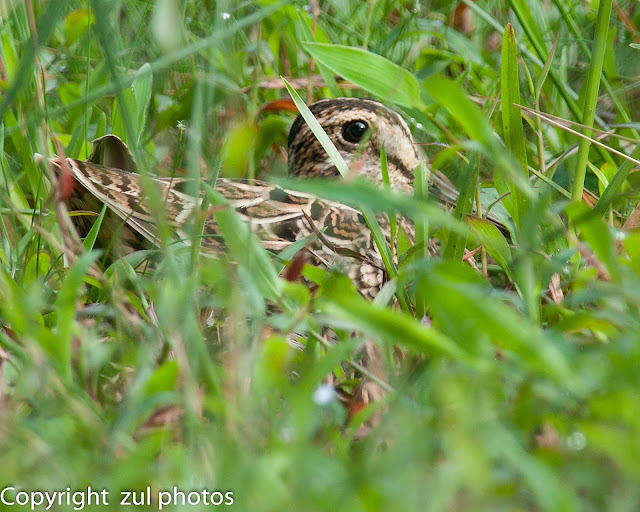 Posted by Zul Ya Birder at 9:48 PM No comments: 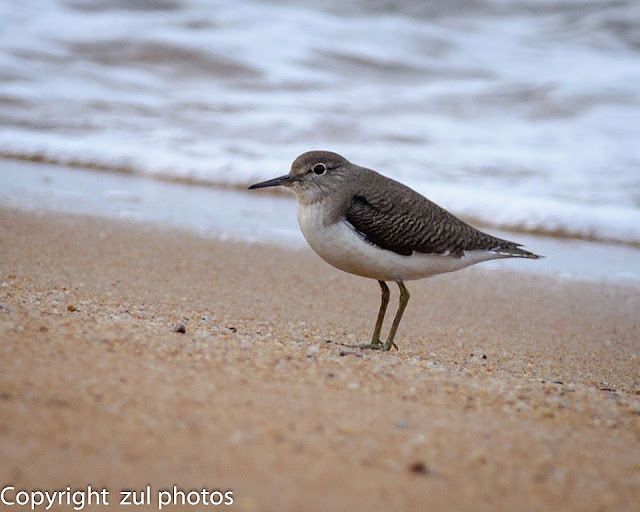 Posted by Zul Ya Birder at 8:04 PM No comments:

The Crimson-winged Woodpecker (Picus puniceus) is a species of bird in the Picidae family. It is found in Brunei, Indonesia, Malaysia,Myanmar, Singapore, and Thailand. Its natural habitat is subtropical or tropical moist lowland forests.
It can grow up to 10 in (25 cm) long. Its main diet is mainly insects and larvae. Its a bright and colorful bird that is hard to be mistaken. They are large members of the picus family. Its status is least concern. Source: Wikipedia 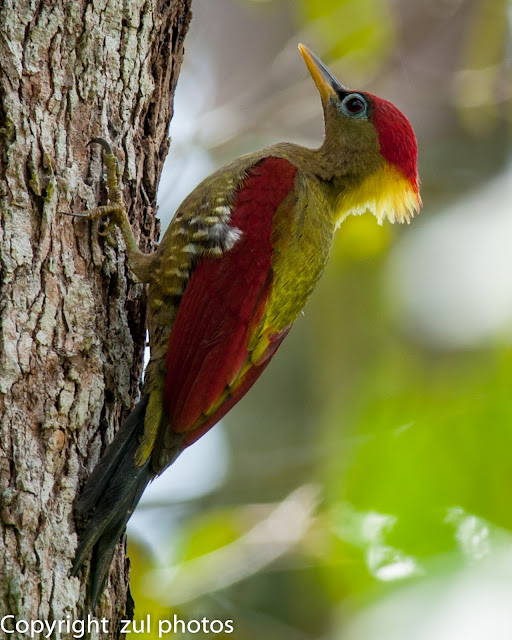 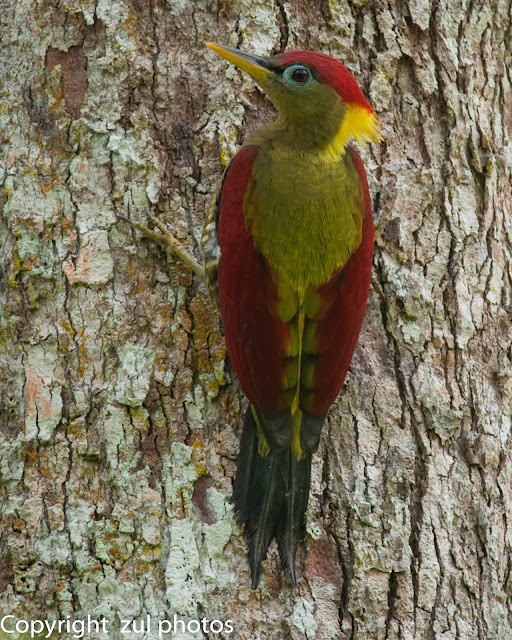 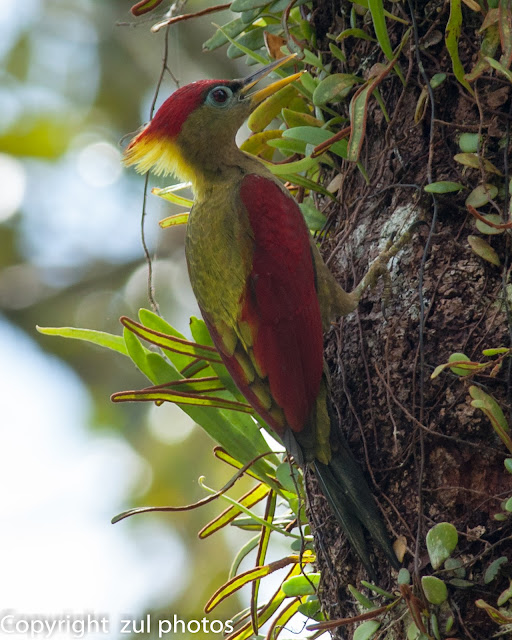 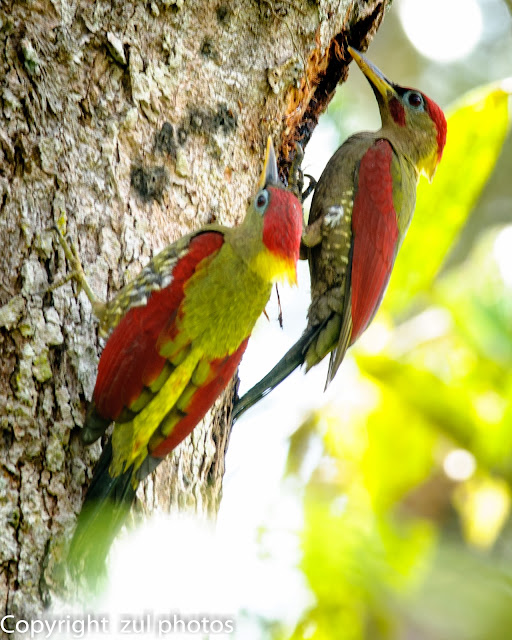 The Blue-eared Kingfisher (Alcedo meninting) is found in Asia, ranging across the Indian Subcontinent and Southeast Asia. It is found mainly in dense shaded forests where it hunts in small streams. It is darker crowned, with darker rufous underparts and lacking the rufous ear stripe of the Common Kingfisher (Alcedo atthis) which is found in more open habitats. A number of subspecies have been described that differ in measurement and colour shade. Adult males have an all dark bill while females have a reddish lower mandible. Source: Wikipedia 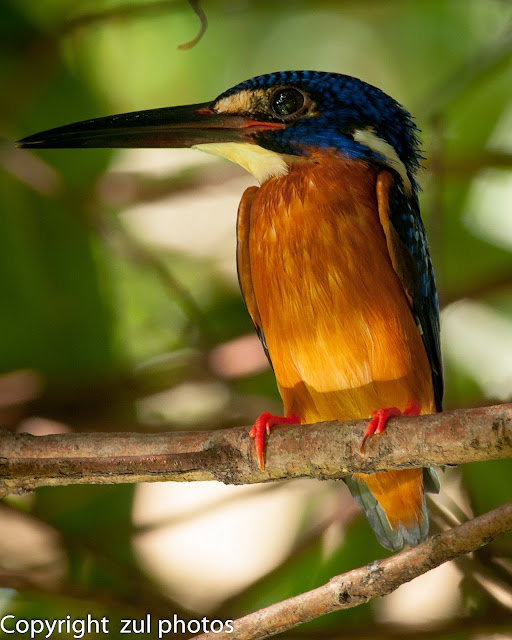 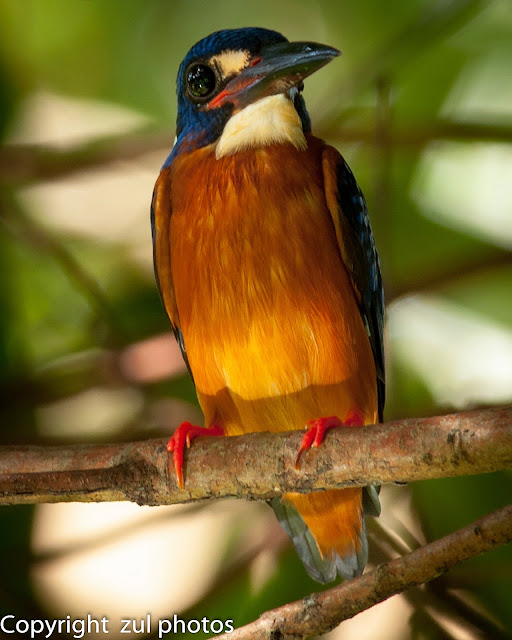 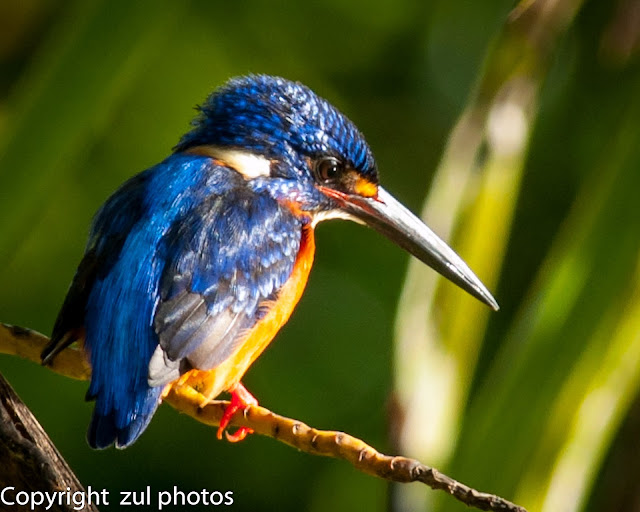 The Baya Weaver (Ploceus philippinus) is a weaverbird found across South and Southeast Asia. Flocks of these birds are found in grasslands, cultivated areas, scrub and secondary growth and they are best known for their hanging retort shaped nests woven from leaves. These nest colonies are usually found on thorny trees or palm fronds and the nests are often built near water or hanging over water where predators cannot reach easily. They are widespread and common within their range but are prone to local, seasonal movements mainly in response to rain and food availability. Source: Wikipedia 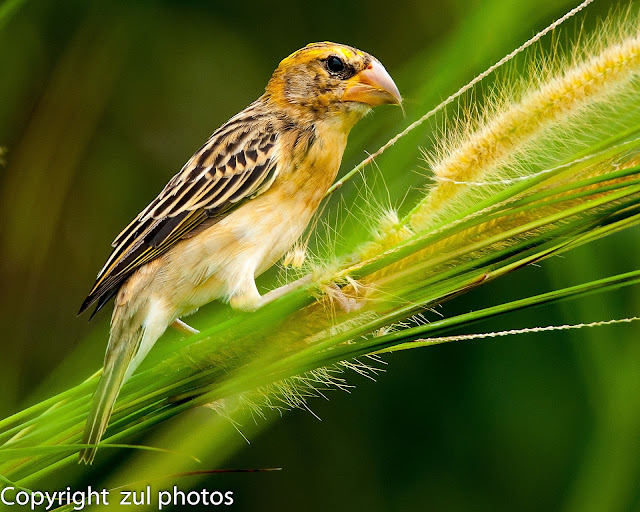 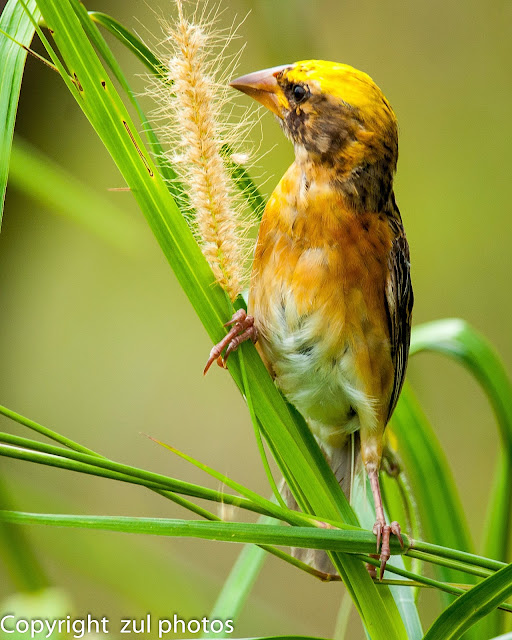 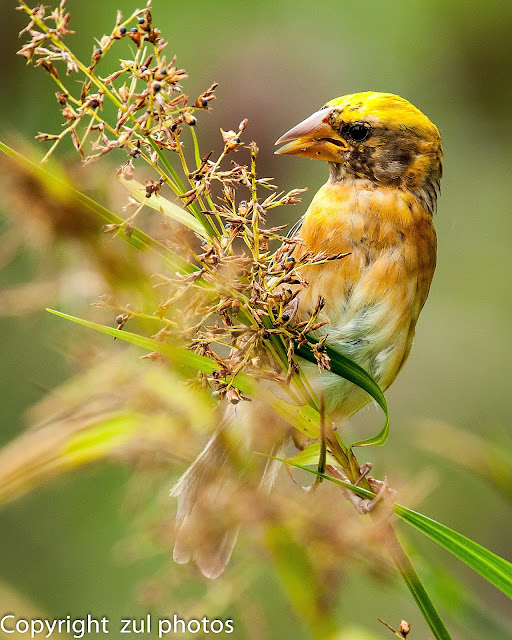 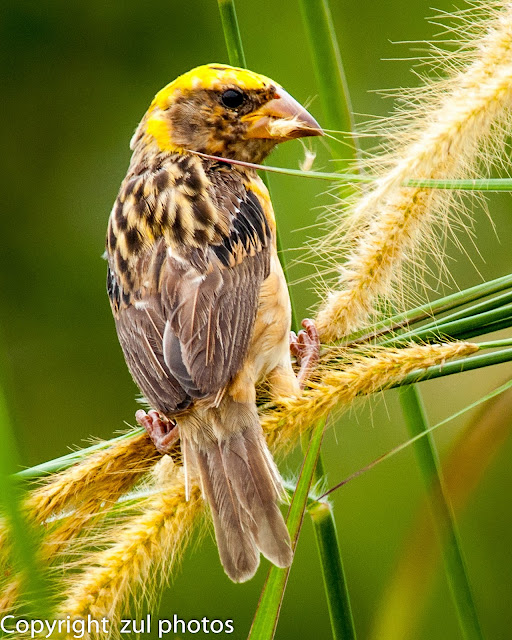